Don’t Pass Me By – A Story of My Life 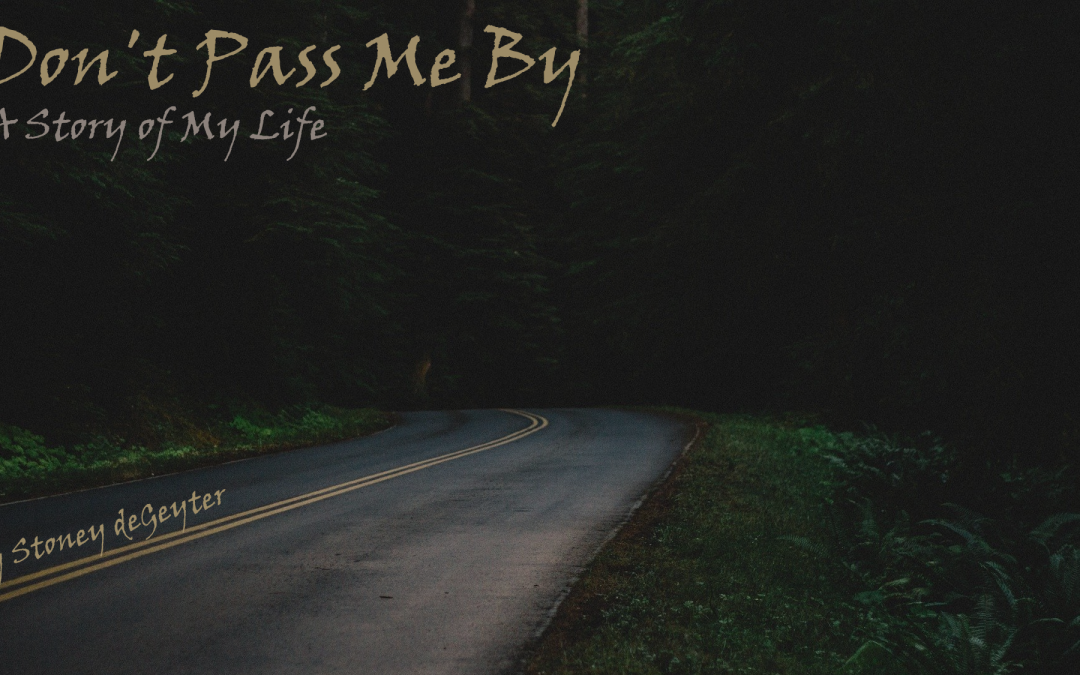 It was getting late, and we were bored. My buddy Jimmy and I were driving back to his house after a long hard day of doing nothing. Tonight, however, we had plans.  We were planning to get together with a few other friends and watch movies. I was driving, and Jimmy was the sole passenger in my car, a red Mazda GLC, 4 door Sedan. My college car. It was both trustworthy and reliable.

Some people believe they have a guardian angel watching over them. I have many. Watching my back has always been a full-time job. Now, I don’t know if my guardian angels fly, run, or glide, but I do know they can travel at speeds greater than 75 MPH.

I have never been the patient type. If I’m going to the mailbox, I’ll jog. If I’m going up or downstairs, I run. If I walk anywhere, it’s a speed walk. And if I’m driving, it’s a near guarantee that I’ll violate the posted speed limit. I hate waiting, but I hate being late more. I leave “on time,” drive fast, and arrive early. It’s my MO.

To get from Jimmy’s house to the movie theater, we had to take Rogue River Highway. It was a two-lane road that paralleled the winding river. Depending on the number of cars on the highway at the time, it could be a painfully slow drive, or it could be a fun accelerating thrill. This night was turtle-speed slow.

I hate driving slow, which means I’m a passer. But there weren’t just one or two vehicles hindering my freedom of travel; I was the seventh car in this growing tango line. One or two cars would be difficult enough to (safely) pass on this zigzag of a road. But seven? Impossible! All too frequently, you’d drive for miles with no cars on the opposite side until you reached a passible straight stretch of road, and then, of course, cars! I admit, there were times that I took a chance on an all too short stretch of highway, praying no car would make its way around the bend up ahead. That would be bad.

Tonight, though, we were in a hurry. Not that I usually wasn’t, but this was one of those yell-at-the-cars-ahead-of-you-for-not-passing-when-they-got-the-chance kind of hurries. Morons! Don’t they know the movie has a definite start time? And that I can’t miss a single preview? I was going to be taking chances tonight.

And I had six cars to pass.

For three miles, my hands gripped the wheel, looking for an opportunity to pass. If I had one or two cars ahead of me, I would have taken this short stretch or that one. But I had no guarantee anyone would let me back into the train. Yet, I knew there were very few stretches of road that would (legitimately) allow me to take on six cars at once. And I was in a hurry.

Finally, my break came. We rounded a bend, and behold… before me lay the golden stretch of highway. About a mile long and no headlights aimed in my direction. It was as good as it was ever gonna get.

I downshifted, swerved into the left lane, and gunned the accelerator. Which, for my 4-cylinder engine, didn’t mean much. An old lady with a walker could have accelerated faster. But I gained speed.

I continued to accelerate, but oh-so-slowly. The bend in the road up ahead approached.

Had I a more substantial engine under the hood, this may have been more of a worry-free experience. The bend was getting closer.

I am now doing about 80 MPH. My guardian angels are (hopefully) keeping up. The bend was still a good distance ahead but closer than I was comfortable with. I still had three cars to pass.

I get even with Car Four and continue to accelerate. I’m gaining confidence that we’ll make it past all six.

Out of nowhere, headlights appear about 100 feet in front of us. An oncoming car had just rounded the top of a small rise.  Where the hill did that come from?  Stupid, stupid time of night! I knew I wasn’t going to make it. We were looking at the oncoming car dead in the mouth.

I hit my brakes, letting Car Four get ahead of me, and then tried to squeeze between it and Car Three behind me. Car Four panicked and hit his brakes too. I’m once again even with Car Four. Jimmy is sitting in the passenger seat as calm as ever. Enjoying the show and awaiting my next maneuver. I couldn’t speed up to overtake Car Four–my car was far too slow. And now Car Three was almost bumper to bumper with Car Four–no room there. And for all I knew, if I sped up, Bonehead Four would speed up too.

Out of options, I jammed the brake pedal to the floor. My tires locked and screeeeeeeched across the asphalt.

Car Four surges ahead. I gunned the accelerator and–room or no room–dove between Cars Three and Four, with only inches to spare. And only seconds to spare before the oncoming car flies past me.

Had I hesitated another second… well, let’s not talk about that.  Jimmy turned to me and said, “Nice driving.  I’m impressed.”  I was impressed too. Not by my driving but by the full-service Angel Insurance.

Better Than a Movie

The rest of the drive was without incident. If you must know, I learned my lesson. I waited for a better opportunity to pass Cars Four, Five, and Six. As for the movie, I have no idea what we saw. It wasn’t nearly as memorable as the drive, which we made in record time.

This site uses Akismet to reduce spam. Learn how your comment data is processed.